I wanted to play in the NBA or be a Major League Baseball player.

Dreams don’t always come true, though I could shoot the lights out and played semi-pro baseball in the Caribbean. Totally came back to earth after participating in an exhibition game against former Los Angeles Dodgers Dusty Baker, Davey Lopes and Bob Welch.

So glad I had this journalism career going at the same time. It wound up consuming thirty-plus years with memorable stints in Washington, DC and Detroit. Throughout it all, I never lost my fascination and love for thriller novels. My knowledge of the intelligence community grew while I worked in Washington, having established key relationships with the men and women who work tirelessly to protect America.

My journalistic background has run the gamut, from being one of the first American news crews to arrive in London to cover Princess Diana’s death to spearheading my station’s coverage of 9/11. I got to indulge my passion for sports and entertainment, interviewing high-profile figures like Hank Aaron, Bill Russell, Joe Montana, Jim Brown, Jerry West, Dwayne “The Rock” Johnson, Samuel L. Jackson, Aretha Franklin, heads of state, members of Congress and presidents. The list goes on and on.

I was a pre-teen when I discovered this incredible world of thriller novels that made my heart beat faster and took me to fascinating destinations around the world. Once my older brothers put down their Ian Fleming James Bond novels, I commandeered them. That spawned a never-ending search for material—the Matt Helm series, Nick Carter: Killmaster, the styling of John le Carré. What sent me over the edge was Frederick Forsyth’s The Day Of The Jackal. When I finished it, I knew that one day, I wanted to be a thriller writer. I was eager to tell Forsyth this story when I interviewed him years later.

Another special moment for me came while working in St. Thomas of the US Virgin Islands (first job out of college). I got to meet and interview my idol, Robert Ludlum. I fondly remember the wisdom passed along by the talented author responsible for Jason Bourne and other page-turners. To this day, a “Thank you” note from Ludlum is one of my prized possessions.

Here I am today, an avid jazz fan, graduate of Purdue University, Chicago Hyde Park native, now living in Southern California with my wife, and a younger son about to enter college—writing thriller novels.

I guess some dreams do come true. 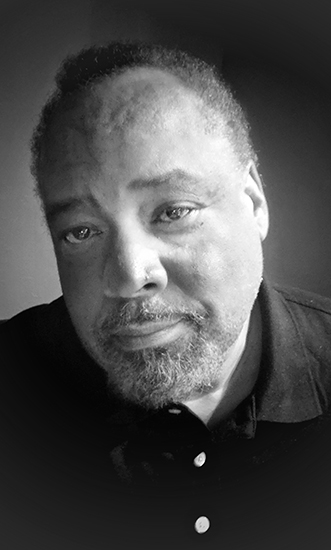