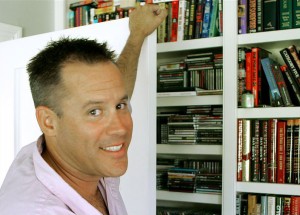 My wife came home from work today and asked why I seemed to be in the dumps.

My lack of enthusiastic communication centered around a tweet this afternoon from author Brad Thor: “Please keep Vince Flynn and his family in your prayers.” It was followed by a link to Vince’s website where he chillingly discussed his on-going battle with prostate cancer.

I consider Vince a friend so this hurts to see him and his family go through such a difficult period.

If this was paper, there’d be DNA from tears sprinkled on the edges. While Vince was dealing with his illness last year, he graciously took the time to read my debut manuscript. He did so while resting and recuperating in Mexico. Considering his situation, I was shocked that he wanted to thumb through the pages of a newbie’s work. After finishing the manuscript, he provided a blurb to help me get the process going of finding a publisher.

If Vince should read this he’ll probably say, ‘Why aren’t you writing?’

That’s what writers are supposed to do – write. Consider this a short break then. No need to send Mitch Rapp my way.

When I read my first Mitch Rapp story, I couldn’t get my hands on the books fast enough. It also made me do some background on Vince. He immediately became my inspiration. A guy who self-published at first because no one was interested in giving him a chance.

Multiple books later, he’s routinely on the New York Times Best-Seller List, represented by one of the most prestigious firms in the business, making serious money along the way to seeing his dreams realized.

At long last, Vince’s kick butt CIA operative Mitch Rapp is slated to appear on the big screen in the coming year. All this couldn’t happen to a nicer guy.

I reached out several years ago to Vince’s publicist, David Brown at Atria Books. I begged him within an inch of stalking to convince Vince to make a stop in Detroit. They eventually worked it out. Vince was a guest on our morning show and a budding friendship had begun (okay, more admiration on my part than his). To make the deal complete, I inherited David as a friend as well. So when David called a couple of years later, asking if I would MC a Vince book signing at a Metro Detroit Borders (remember them?), I was more than happy to do so.

Even though I’m a broadcaster, it was an education to see a master at work in front of a crowd. Vince was warm, patient and gracious with each person in a very, very long line of late-night worshipers. Did I mention I anchor the morning show! Afterward, Vince took me and several employees at the bookstore out for a drink and candid conversation. Good times.

In reading the statement on his website, it’s obvious Vince feels bad for not being able to deliver the latest Mitch Rapp adventure to his loyal readers on time. Hey buddy, trust me when I say, Mitch can wait. Your faithful fans want to see the true hero get healthy. So in that regard, take all the time necessary to make that happen.

There’s nothing wrong with going back and rereading the fine collection that occupies a special place on my bookshelf.