BRAD MELTZER… ONE OF THE BEST 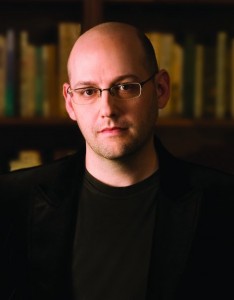 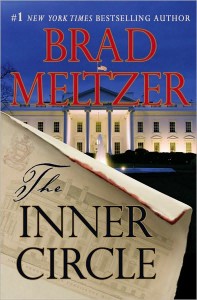 You just want to rub that smooth dome of his, hoping that some of the knowledge locked inside will transfer. His latest thriller, The Inner Circle, surprise, surprise, is on the New York Times bestseller list.

If you haven’t discovered by now, Brad is also a social networking addict. He’s crossed the line! He tweets constantly on his Blackberry. He was exercising his digits prior to being interviewed by me on television. He can’t help himself and when you consider the degree of success he’s had, you can’t blame him. Hell, I should be emulating him!

You know you’ve made it to the mountaintop when in the green room, the one and only Chaka Khan told him that she religiously watches his History Channel show, Decoded. What is it with bald guys impressing the chicks? Yul Brynner, Telly Savalas, Michael Jordan — Brad Meltzer! To be fair, when he was in college at the University of Michigan, it was hard to tell Brad apart from Joey Lawrence.